Laney Chamberlain is an acclaimed poet-turned-professor with a severe case of writer’s block. One day, she is approached by the CEO of a tech company with a strange proposition: he wants to design an artificially intelligent computer program that will create works replicating her poetic voice – in other words, a machine that can write her poetry. This sends Laney through a journey of self-discovery, as she struggles with her identity as an artist in academia, with a tragedy in her recent past, and with the question: what does it mean to lead a creative life?

Matthew Libby is a writer and actor currently living in Manhattan, by way of Los Angeles. His play Data is the winner of the 2020 Kendeda National Graduate Playwriting Award, and is scheduled to receive its world premiere at the Tony-winning Alliance Theatre in the 20/21 season. He is a Princess Grace Award finalist and two-time O’Neill Playwrights Conference semifinalist, and his work has been produced and supported by Theater Masters, The Kennedy Center, The Barrow Group, WNYU’s Theatre-in-the-Sound, and more. With Stanford Repertory Theater, Matt helped devise and acted in The Many Faces of Farce, which was nominated for a 2018 Bay Area Critics Award for Best Production. As a screenwriter, he is developing projects with eOne and Australia’s Common Thread Entertainment, and his work has been recognized by The Black List and Script Pipeline. Matt studied cognitive science and creative writing at Stanford University, graduating with Honors in the Arts, and recently completed his MFA in dramatic writing at NYU’s Tisch School of the Arts, where he received the Chair’s Award for Distinguished Achievement and was nominated for the Goldberg Playwriting Prize. 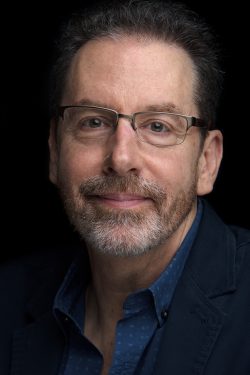 Elsewhere his directing credits include: King Charles III and A Life in the Theatre (Pasadena Playhouse); the world premiere of Robert Schenkkan’s Building the Wall (Fountain Theatre); District Merchants (South Coast Rep); Frankenstein, A Picture of Dorian Gray, Figaro, The Grapes of Wrath, Hamlet and As You Like It (A Noise Within); Brecht’s Edward II (Circle X); Noises Off (PlayMakers); Kiss Me, Kate, Carousel, and Man of La Mancha (Reprise).

He has developed new works with Center Theatre Group, The Geffen Playhouse, South Coast Rep, Playwrights’ Center, Portland Center Stage, and many others.

He is the recipient of many Los Angeles area theatre awards for his direction including an Ovation Award, a Stage Raw Award, and five LA Drama Critics Circle Awards. He is most recently the recipient of the LADCC’s Milton Katselas Award for distinguished achievement in direction.