Imagine sitting on a park bench watching the passers-by.  Each character stops to speak with you. They unfold their hearts to you and move on. It’s not so much a play as it is an encounter with characters reeling from the turbulence in their lives. 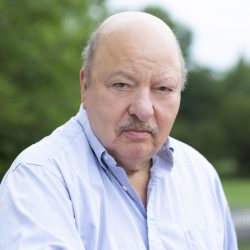 WM made his professional debut with THE WOOLGATHERER in 1981 at Circle Rep in NYC with Peter Weller and in LA with Lauren Hutton (L.A. Drama Critics Best Play 1982).

EXTREMITIES followed in 1982 at Westside Arts with Susan Sarandon (Outer Critics Circle Award for Best Play 1982-83). In 1985 the play became a feature film by the same title starring Farrah Fawcett.

In 1994, his spec movie WITH HONORS was performed by Joe Pesci.

His film THE BURNING SEASON was the final work of the late Raúl Juliá. (Humanitas Award 1995 for Best Teleplay and Best Director, the late great John Frankenheimer, 3 Golden Globes, and 2 Emmys).

In 1998 his play BANG BANG YOU’RE DEAD became the most performed high school play in the USA, and in 2002 became a Showtime cable movie of the same title. (5 Emmy Awards, and the Peabody Award).

In 2004 he created, was head writer for, and co-produced INTO THE WEST for Steven Spielberg and Dreamworks (16 Emmy nominations).

His play RIDE THE TIGER premiered at the Florida Stage, and later at the Longwharf.

Some of his other plays include A STONE CARVER, CAT’S-PAW, SUNSHINE, THE AFGHAN WOMEN, LIKE TOTALLY WEIRD, PROUD FLESH, and OBLIVION.

His life and work are dedicated to his wife Sharon and their 5 children. 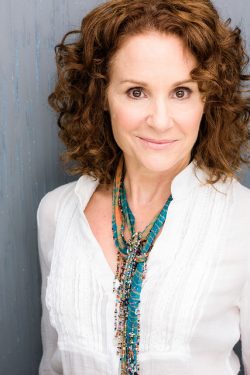 Kari Hayter is a professional director based in the Los Angeles/Orange County areas. Most recently she directed ONCE (3D Theatricals), THE VANDAL (Chance Theater), THE LAST FIVE YEARS(After Hours Theatre Company), HAIRSPRAY (Norris Theatre/PVPA), VIOLET (Chance Theatre/Los Angeles Critic’s Choice), CABARET (CALREP/Long Beach), IN THE HEIGHTS and THE DROWSY CHAPERONE (Valley Performing Arts Center), LYSISTRATA JONES (Chance Theatre/Ovation Nomination/Best Musical), NATE THE GREAT and ALEXANDER AND THE TERRIBLE, HORRIBLE, NO GOOD, VERY BAD DAY (South Coast Repertory). She was nominated for the LA Stage Alliance Ovation Award (Best Direction of a Musical) for both PARADE (Chance Theatre) and URINETOWN (Coeurage Theatre Company). Kari was also nominated for the LA Drama Critics Circle Award for Theatrical Excellence in Direction for URINETOWN and was named Director of the Year for STAGESCENE LA in 2016. In February 2020, Kari completed an SDC Observership in NYC for THE UNSINKABLE MOLLY BROWN directed/choreographed by Kathleen Marshall. Kari is a proud member of the Stage Directors and Choreographers Society. www.karihayter.com 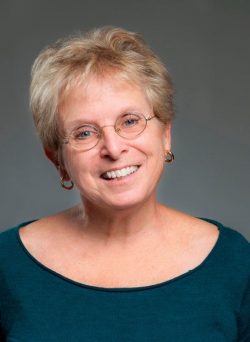 Mary Lou Belli, a two-time Emmy award-winner, has been directing television for over 20 years. She has done ground- breaking work on web-series and her award winning short, America, just won The Hague Fest. Through her teaching, she supports many of the vibrant diversity programs including the DGA, ABC/Disney, CBS, Sony, HBO Access, AFI’s Directing Workshop for Women, and Warner Bros. Directing Workshop mentoring the next generation of directors. She is the co-author of four books: “The NEW Sitcom Career Book,” “Acting for Young Actors,” “PERFORM: Acting for the Screen” and “Directors Tell the Story” which she co-wrote with fellow DGA member Bethany Rooney. She taught directing at USC for 10 years.